The Peter Harrison Planetarium part of the National Maritime Museum

At the start of the summer, out of the blue I received an email from Katherine Weston, Access Officer at the Royal Museums Greenwich. She was putting on her first autism friendly event at the Planetarium, she had read my blog and wanted to know if we as a family would like to try out the show and give her some feedback. If you are new to the blog, I have three children, 10, 7 and 4, my eldest is autistic. It sounded fantastic, another museum taking their first steps to supporting autism families. We were due to go on holiday that day and whilst I knew it would be too much for the kids to go and then be in the car for three hours, my very forgiving husband let me shoot up to town early on my own before we crammed suitcases and kids into the car for a week in Dorset.

I had never been to the Planetarium before and I thought the whole event was great. There was a visual guide to explain what was going to happen and pictures of the building, staff and auditorium. The show, ‘Morning Stars’, was around 30 minutes and had been adapted from their ‘Sky Tonight’ programme. On the day I arrived early and saw a few children clutching their guides like comforters, excitedly waiting for the doors to open. In the auditorium the visitor numbers are kept low so it is not overcrowded. The lights aren’t turned down the whole way, normally it is pitch black, which can cause quite a problem for autistic children sensitive to their surroundings. They keep enough light for an easy exit from the show if needed. They open the doors early too, at 10am, so it is generally quieter at the Royal Observatory and in the normally bustling Greenwich streets. 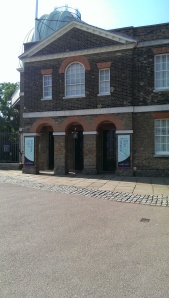 If you have never been to the Planetarium before, the shows are wonderful. The seats recline and you look up at the ceiling, and the sky, stars, planets and constellations are revealed in all their glory. The whole session is led by an astronomer who talks you through what you are seeing and at the end there is an opportunity to ask questions. I saw a family eagerly surround the host after the show had finished, their son keen to ask all those questions swimming in his head, his enthusiasm and passion ignited by all that he had seen. To be given the opportunity to let that passion really have a voice is a very special thing. Autistic children often have obsessions or special interests, sometimes the familiarity of a particular topic can be a pathway to coping with the day-to-day unpredictability of everyday life. Whilst some obsessions lead parents to despair, a fascination with the stars and planets can seem an acceptable topic to spend time on.

I spoke to a family as they left, what they had really enjoyed was the simple fact every other family was in the same boat. Whilst autism affects individuals in very different ways, acceptance and understanding can make the whole experience more relaxed and ultimately more enjoyable. There was no need for explanations if a child made a noise during the show or if their excitement became a physical or audible outlet.

A month or so later I arranged to meet Katherine so we could talk, not only about the ‘Morning Stars’ event, but also her work across all the Greenwich Museum sites; the National Maritime Museum, the Queen’s House, the Royal Observatory and the Cutty Sark. Katherine joined in May 2013, working 3 days a week, a lot to pack in over a short time, working across very different sites which provide unique challenges and opportunities. We talked about the hard work involved in getting to grips with what had gone before, understanding how each site works. Making sure basic facilities are accessible and working on the regular programme of exhibitions ensuring simple steps like large print guides. 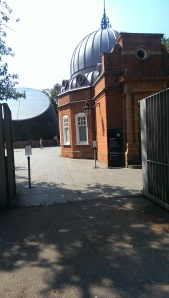 Access is so much more than opening up the gates

We discussed the British Sign Language events and how they are built into the family programme, the difficulty of promotion and finding the right avenue to market activities. Katherine found that the route to success was building in a network of contacts and support to bring events to life, to make them sustainable and workable. She had contacted me as part of this process to prepare for the autism showing at the Planetarium. Katherine had also been to the Greenwich Picturehouse for a relaxed performance of Beauty and the Beast, understanding that the demand was there for autistic events and chatting to staff informally on how the shows worked. She had been working with Greenwich Council Autistic Spectrum Disorder Outreach Team, a fruitful relationship that had benefitted both parties. Katherine had also been working with the parents at the Greenwich branch of the National Autistic Society (NAS). She soon realised the massive need that there is for any form of autism support in social and leisure facilities. The NAS Greenwich families had sat through the Planetarium shows and highlighted the ones that would work best, they slowed the pace of the film and reduced the content so as not to make it too overwhelming. The staff also had autism awareness training with the council to help prepare staff and make them more aware of the issues surrounding autism.

I was really impressed with Katherine’s approach to putting on this autistic friendly event at the Planetarium. Time consuming, developing this network, but she is embedding the museum and its events at the heart of the Greenwich autistic community. She is reaching out in multiple directions, finding connections in lots of different ways to build a strong sustainable partnership that benefits everyone. This all takes time and effort but ultimately makes the event successful, not just in terms of numbers but in terms of broadening access to the museum for groups who never normally visit.

All this finally led me to take the whole family to the second autism friendly Planetarium showing last Saturday. I knew it would be a challenge, we have only just managed to get my daughter to go to the cinema. Dark spaces, loud noises, strong visuals often overwhelm her. New environments and excitement tips her over a steep cliff of anxiety. I tried to prepare her as much as I could, I showed her the visual guide and talked through what would happen.

London’s only Planetarium, reaching for the stars, first steps, we always have to try

Sadly it didn’t work for us, it was too much for her. This blog is not about success or failure, it is about opportunity and persistence in the face of the insurmountable. When we have a morning like we did, when my daughter breaks down, it would be so easy for me to say at the first signs of a meltdown, ‘lets go home’, ‘lets not bother’, ‘lets not do that again’. But then where would we be when the problems become going to school, leaving the house, perhaps even getting up in the morning. I can’t do that, I can’t give in, I owe it to my daughter. I have to keep trying to pry open her experiences from the grip of autism that sometimes wants to narrow her world and sometimes to shut it out completely.

On Saturday, after about 10 minutes of the show she was so distressed we sat outside. When she calmed down we played ‘Harry Potter’ Top Trumps again and again. I can tell you that Dumbledore is the best card to get and the Hungarian Horntail is rubbish unless you pick the ‘Temper’ category. The best thing was I stayed calm, because everyone in that auditorium knew and understood how hard it is. No one judged us, when we came out the staff knew and understood too. I could focus on my daughter and not have to deal with the weight of everyone’s stares. It is easy to say ignore them but in reality it is much harder to do. I have to be the adult, I can’t be the one in tears too.

Anyone fancy a game?….

This is what access is all about, it is not always physical things a museum does, the signage, ramps or toilets. It is often about a way of thinking, it is about creating an environment where everyone feels welcome and accepted. It is a mindset, an ethos.

It is with massive regret that I have to add to this blog that Greenwich Museums have decided to get rid of the Access Officer role. Katherine is leaving her job in the middle of November. By getting rid of their Access Officer role, Greenwich Museums are sending a very strong message to the museum community, to visitors, to staff and disabled communities that access is not important. It makes me more sad than I can find words to say.

I have been to the Science Museum, where autism access is about special events and a whole learning team and ethos behind them. I have been to the RAF Museum where autism access is across the whole museum, spearheaded by the passion of an individual. Sometimes it takes one person, like Katherine, sometimes it takes a whole team. It almost always needs a whole museum, management included to be behind these aspirations to make them work.

What is so hard for me is my daughter gets angry at herself, that she can’t cope, she has an unusual self-awareness about how her autism restricts her. My daughter wants to go again, she wants to give it another try. If my daughter is prepared to try again in the face of all her overwhelming fears and feelings then I damn well expect Greenwich Museums to try again and look at the role of Access Officer. I completely understand the economic constraints, believe me I volunteer in a local authority museum with three staff. But this can’t be the answer. What happens to all the plans, what happens to the relationships, the networks that Katherine has built up. What happens to families like mine, what happens to the children who will never come to see the planets and the stars shoot across the sky. ‘Morning Stars’ at the Planetarium should be the first step, the platform that introduces autism awareness and autism support across all the sites at Greenwich. I am not sure what the future holds for accessible events at Greenwich Museums, I know hard decisions have to be made, but this is not the way forward, this is not what I think museums need to be about, this is not the future I want for my daughter.

For prices and more information on Planetarium Shows please see the website.

My family received complimentary tickets for the Morning Stars event.